The BHNS hair has organised a monthly Journal Club with reviews and analysis on a range of publications. 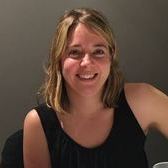 Paradoxical hypertrichosis (PH) is a poorly understood adverse effect associated with laser or intense pulsed light treatment. In this systematic review and meta-analysis, including 9733 patients, paradoxical hypertrichosis occurred in 3% of patients undergoing hair removal with lasers or intense pulsed light. However, it was exceedingly rare in non-facial locations. The type of device/modality and interval between treatments are not contributing factors. It is possible that the rate of PH is even higher given the lack of wider awareness and potential under reporting.

This study suggests that continuation of intense pulsed light or laser treatments in areas with paradoxical hypertrichosis may be the most appropriate treatment.  One of the limitations of this meta-analysis is that majority of studies included were observational and given that those studies under-reported important variables such as sex, age, ethnicity, skin phototype, a multivariable analysis was impossible to perform. This meta-analysis will have an impact on consenting process for laser and light therapy hair removal.

Loose anagen hair is a rare form of impaired hair anchorage in which anagen hairs that lack inner and outer root sheaths can be gently and painlessly plucked from the scalp. This condition usually occurs in children and is often self-limiting. A genetic basis for the disorder has been suggested but not proven. A better understanding of the aetiology of loose anagen hair may improve prevention and treatment strategies. This group performed a whole-exome sequencing of a pedigree with one affected individual. This was then compared to 14 other pedigrees but further TKFC mutation was no identified.

Proposed pathology behind TKFC mutations is GA kinase inactivation leading to the accumulation of GA derived from fructose metabolism. GA (and DHA) generates advanced glycation end products (AGEs) which have been reported to inhibit mesenchymal–epidermal interaction by up regulating pro-inflammatory cytokines in hair follicles. Therefore, increased levels of GA, produced in the liver or elsewhere, could lead to GA-dependent AGE in hair follicles and contribute to the loose hair phenotype.  Another proposed contributory mechanism might involve DHA kinase and FMN cyclase loss of activity impacting on riboflavin metabolism.

This study brings us a step closer to defining individual gene pathology providing more precise mechanistic insights into the diverse aetiology of inherited forms of hypotrichosis and a basis to develop personalized medicine to improve hair growth.

Ultra high frequency ultrasound (uHFUS) might be used to assess for pathology specific findings in hair disorders. Whilst conventional ultrasounds have transducers within the range of 5-18 MHz, uHFUS accommodate transducers up to 70MHz and typically 20MHz is used for assessment of the skin. Ultrasonographic images of scalp and forehead from patients with hair disorders (n = 103) and healthy controls (n = 40) were obtained by uHFUS and analysed by both descriptive and numerical parameters. Furthermore, the data were compared with trichoscopic and histopathological findings.

The pattern of inflammation and fibrosis, hair cycle abnormality, and the findings in subcutis were detected by uHFUS. Significant differences were noted in the numerical parameters associated with the number of hair shafts and follicles, hair diameters and their diversity, and dermal echogenicity in both cicatricial and non-cicatricial hair disorders. Findings in uHFUS were associated with those observed in trichoscopy and scalp biopsy.

Only seven scalp biopsies from one normal scalp, two  female pattern hair loss (FPHL)/androgenetic alopecia (AGA), two lichen planopilaris (LPP) and two frontal fibrosing alopecia (FFA) patients were performed and histopathological findings were compared with uHFUS findings. In FPHL patients, apparently miniaturized hair shafts (HSs) were confirmed in both biopsy and uHFUS. In the area of active LPP where “distal ambiguity of HFs” was observed, the structures of proximal HSs were observed to be intact, whereas significant fibrosis and loss of appendages were noted in upper part of dermis. “Wavy linear hyperechoic bands in subcutis” in FFA corresponded to fibrous septae arranged vertically throughout subcutis.

In this cohort, the diagnosis of hair disease was confirmed by two board certified dermatologists, perhaps recruitment of patients with biopsy confirmed results would increase validity of the ultrasound findings. It would be interesting to see if artificial intelligence can be employed to interpret the results, which inevitably would increase service efficiency in the long run. Possibly in the future uHFUS may reduce a number of biopsies we do, but would it every fully replace tissue biopsy - the gold standard?

Androgenetic alopecia (AGA) is a common disorder in male and female patients that may benefit from the use of platelet-rich plasma. This group designed a prospective randomized, double-blinded, placebo, paralleled group, half-scalp of eight subjects to compare the safety, efficacy, and satisfaction of a lower or higher number of platelets over 6 months. Participants received intradermal PRP injections (baseline and month 3), according to two treatment protocols (high vs low platelet numbers) to the frontal and crown portions of the hemi-scalp and normal saline to control sites. Phototrichoscans were measured at baseline and six months, while global photography and subject and investigator satisfaction questionnaires were obtained at baseline, 3, and 6 months. This clinical study demonstrated that platelets are beneficial in the treatment of AGA. The study further suggests that the application of either a higher or lower number of platelets in the “therapeutic” PRP range was safe and effective for increasing hair density, follicle diameters, and terminal hair densities but exhibited minimal effects on vellus hair density in this hemi-scalp model. The study was underpowered and did not reach statistical significance. Therefore, the evidence to date is suggestive, not definitive as larger controlled double-blinded multi-centered studies with the inclusion of more precise metrics are needed to confirm these preliminary findings.

Vitamin D deficiency is being recognized as a global concern and has been implicated in many health issues. Hence, there is an increased interest in developing sensitive, reproducible, and non-invasive assays to measure Vitamin D levels. A group from Abu Dhabi demonstrates a new utility of sensitive liquid chromatographic mass spectrometric assay to quantitate vitamin D and metabolites from hair samples.

The authors postulate that commercially available vitamin D assays measure inactive form of vitamin D whilst clinically significant form of vitamin D (25OHD3) is often even lower and several studies have failed to find a clear correlation between the levels of circulating and active forms. Hair samples were collected from 70 male university students/young adults and pulverized/sonicated in methanol/water for 2 h to extract Vitamin D metabolites. A sensitive liquid chromatographic-mass spectrometric assay was employed to quantitate vitamin D and metabolites. The method was developed and validated for precision, accuracy, linearity, specificity, and recovery according to the US Food and Drug

Of the eight Vitamin D and metabolites screened, only the primary, clinically significant form of vitamin D (25OHD3) was detected and quantified in hair samples in the range of 17–1541 pg/mg.  Given that human cranial hair grows at a rate of some 1 cm per month, hair samples frequently offer an assay window of three months or more.

Leea indica (Burm.f.) Merr. (Vitaceae) is an evergreen shrub native to India, China, Bhutan, Malaysia, Thailand, and Bangladesh. The plant, colloquially known as Bandicoot berry, is employed in traditional medicine for headaches, body pains, and skin problems. This group investigated anti‐inflammatory, thrombolytic, and hair growth‐promoting activity of the n‐hexane fraction from the methanol extract of Leea indica (NFLI) leaves in animal model. NFLI showed significant inhibition of hemolysis and protein denaturation, and exhibited a concentration‐dependent thrombolytic activity. When applied topically to mice (n=15) at concentrations of 10, 1, 0.1%, NFLI demonstrated a significant increase in average hair length (p < 0.001) compared with untreated animals. NFLI at the 1% concentration demonstrated significant (p < 0.001) hair length growth compared to the minoxidil (positive control). Although this study suggests that L. indica could be a candidate for topical hair growth stimulation, this animal study is far from changing our practice. Having said that it will likely be capitalised on by a fashionable naturopathic industry in no time and it might be worth staying in the loop in case your patient mentions Bandicoot berry...

Human hair follicle (HF) is a unique environment, a profoundly immunoinhibitory signalling milieu, across all layers of the skin all the way to the subcutis. Research of HF has been rudimentary and many questions remain unanswered. Most importantly how HF stay healthy (authors suggested different hypothesis including  production of AMP antimicrobial peptides; also human HF connective tissue sheath is rich in macrophages and mast cells which are documented to have anti bacterial properties). Secondly, it is paramount we find out what changes in human microbiome translate into hair growth – e.g. roxithromycin has been reported to modulate hair growth in the absence of folliculitis. Can HF dysbiosis be a primary driver for hair pathology? Authors highlight key areas of research into HF microbiota which may guide us into topically applied prebiotics and probiotics, skin microbiota transplants, antibiotics, bacteriophages and/or agents that manipulate intrafollicular AMP production.

Authors describe a case of a 34 year old woman with progressive inflammation of the index finger nail despite antibiotic therapy (co-amoxiclav). Subsequent onychectomy and drainage of the abscess revealed ciprofloxacin-susceptible Citrobacter braakii on the microbiological culture.

Green nail syndrome is commonly caused by Pseudomonas auerguinosa and authors remind us to keep an open mind about other gram negative bacilli such as C. braakii.

Alsantali A, Almalki B, Alharbi A. Recalcitrant Dissecting Cellulitis of the Scalp Treated Successfully with Adalimumab  with Hair Regrowth: A Case Report. Vol. 14, Clinical, cosmetic and investigational dermatology. 2021. p. 455–8.

A case of 38 year old patient who had an excellent response to adalimumab used for management of recalcitrant dissecting cellulitis of the scalp, a condition challenging to treat. It has similar pathology to hidradenitis suppurativa, hence the use of anti-TNF alpha appears justified.  The patient had an excellent hair re-growth within 2 months. There is a clear need for larger studies looking into effective management of this condition.

A group from Melbourne describes a good response to oral minoxidil in a group of 8 girls with loose anagen hair syndrome. Within 7-18 months the treatment was discontinued as hair was visibly longer and denser. Although results described in the letter are promising, the main limitation is a small sample size. This case series highlight a need for prospective larger studies required to confirm those findings.

In patients with tightly coiled hair, examinations of the hair and scalp can create discomfort for both the patient and the dermatologist. This discomfort may be exacerbated by hair discordance, which can occur in individuals who do not have the same hair type. Although hair discordance is not an established term in the literature, previous articles have described the impact of racial discordance between physicians and patients seeking care for hair loss.In a study surveying Black women being treated for hair loss in a skin of color dermatology clinic, participants detailed their past experiences in seeking care for hair loss from race-discordant dermatologists and primary care physicians. The patients had a negative perception of the care that they received from previous physicians who did not touch their hair, were unaware of their traditional hair care routines, and lacked shared life experiences. This viewpoint shares useful tips on the best approach to examining tightly coiled hair.

There are no reviews to display.